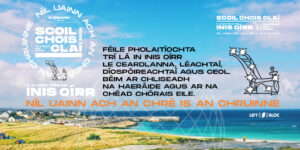 The tradition of the “hedge school” is being revived on Inis Oirr this weekend when Aras Eanna hosts a three day political festival which is focused on the climate breakdown and alternatives to capitalism.

Speakers at the event, which is completely sold out, include former MEP Bernadette McAliskey and former UK Labour Party leader Jeremy Corbyn.

Speakers will also discuss issues such as the threat posed to the Irish language, how the media covers the climate crisis, and organising in a time of crisis.

About 120 people from all over Ireland are set to attend ‘Scoil Chois Claí 2022’, which is the first school organised by Leftbloc, a political education project which brings together eco-socialist activists from across parties, social movements, and trade unions.

The festival will have workshops, lectures and debates, in English and Irish, with ceol traidisiúnta, craic and nights out in Tigh Ned, Tigh Ruairi and Ostán Inis Oirr.

The organisers chose Inis Oirr for their first school of this type because the smallest of the Aran Islands is a place where our native language has survived despite centuries of colonisation.

“The Aran Islands is one of those places where our native tongue struggles to survive and is a reminder to us that the effects of colonialism and imperialism are not subjects to be studied but living, breathing destructive processes,” explains one of the organisers, Stiofán Ó Nualláin.

“Processes that sign free trade deals, that impose ISDS systems, that constitutionalise capitalism in treaties inoculated from democratic interference, that destroy native cultures, that expel indigenous peoples, that extracts from and then poisons our planet, that exploits living labour, land and sea for sordid profits.” 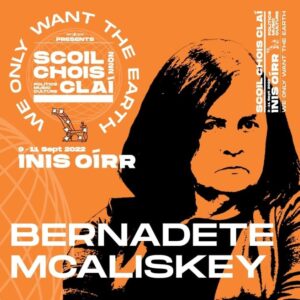 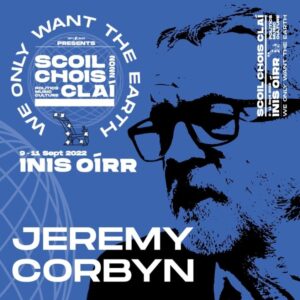 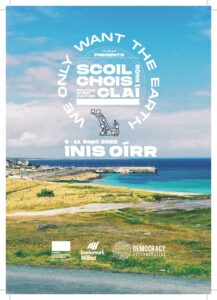