There is magic in the air at our theatre this week as three theatre companies featuring artists with intellectual disabilities have come together to produce a performance based on the visit of a famous French actor and writer to the Aran Islands in the 1930s.

Under the creative direction of Zone Poeme (from Lille, France) actors from Blue Teapot Theatre Company (Galway), Les Oiseaux Mouches (France) and Teatr 21 (Poland) are enjoying a week of intense rehearsals before the show on Friday (2pm).

Their trip to Inis Oirr is all the more exciting because these groups were supposed to work together in Galway as part of the European Capital of Culture programme in May 2020, but the workshops had to be cancelled due to Covid 19.

So, instead of hosting the theatre companies from Poland and France in Galway City, the actors from Blue Theatre Company have got to enjoy an adventure away from home themselves.

Blue Teapot suggested using the theatre and facilities here at Áras Éanna after Simon Capelle (Zone Poeme) came up with the plan to develop a show about Artaud’s two week stay on the Aran Islands in 1937.

Actors from all three companies visited the house where he stayed on Inis Mór on Monday before beginning a week of intensive rehearsals in the theatre here at Inis Oirr.

Blue Teapot, Teatr 21, and Les Oiseaux Mouches have worked together before as they are all part of the ‘Crossing the Line’ partnership across six European countries for artists with intellectual disabilities.

They worked with partners overseas via Zoom last year, after the huge disappointment of seeing shows being cancelled, but there is nothing like meeting up on a beautiful, wild offshore island.

“It is wonderful. I can’t actually believe that we have not been here before. It’s so close and yet it’s such a different environment for the guys to dream in and create something out of the ordinary themselves,” says Petal Piley, Creative Director of Blue Teapot Theatre Company.

“What a better place to be than on a lovely island in the Atlantic Ocean. Prior to the pandemic, they were all on their way to Galway for a show which was supposed to go ahead for the European Capital of Culture in May 2020.

“Being here now is extra special and there is an extra sense of celebration to it, because these groups were supposed to come to Galway to work with us last year. They did not get the chance to hang out with each other.”

One of the Blue Teapot actors described working from home via Zoom during the pandemic as being akin to being locked up in a prison.

“This the opposite to being locked down at home, out in the open air on an Atlantic island,” says Petal.

“There is great excitement among our group because we are away from home as well. It’s just so incredible that we are using a lovely arts centre here on the Aran Islands to tell the story of a famous French man’s trip to the Aran Islands in 1937!”

“It’s pure magic. Everyone is so friendly. It’s a unique set of circumstances and we really hope we can come back here to work at Aras Eanna again.” 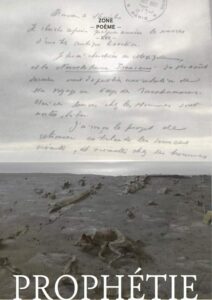 Simon, Mélodie, and Quentin treated the actors and guests to a stunning musical and poetic performance based on Artaud’s journey in the Aras Eanna theatre on Wednesday night.

They are also speaking to people on the islands about Artaud’s time here and see this very much as a work in progress – they are continuing to learn about Artaud’s travels and the troubles he experienced in Ireland.

On Friday, our ten guest actors from Poland, Ireland, and France will present ‘I Am Antonin Artaud’ at 2pm, following one week of very intense rehearsals.

Everyone is invited to both shows at Aras Eanna. Admission to both is free!