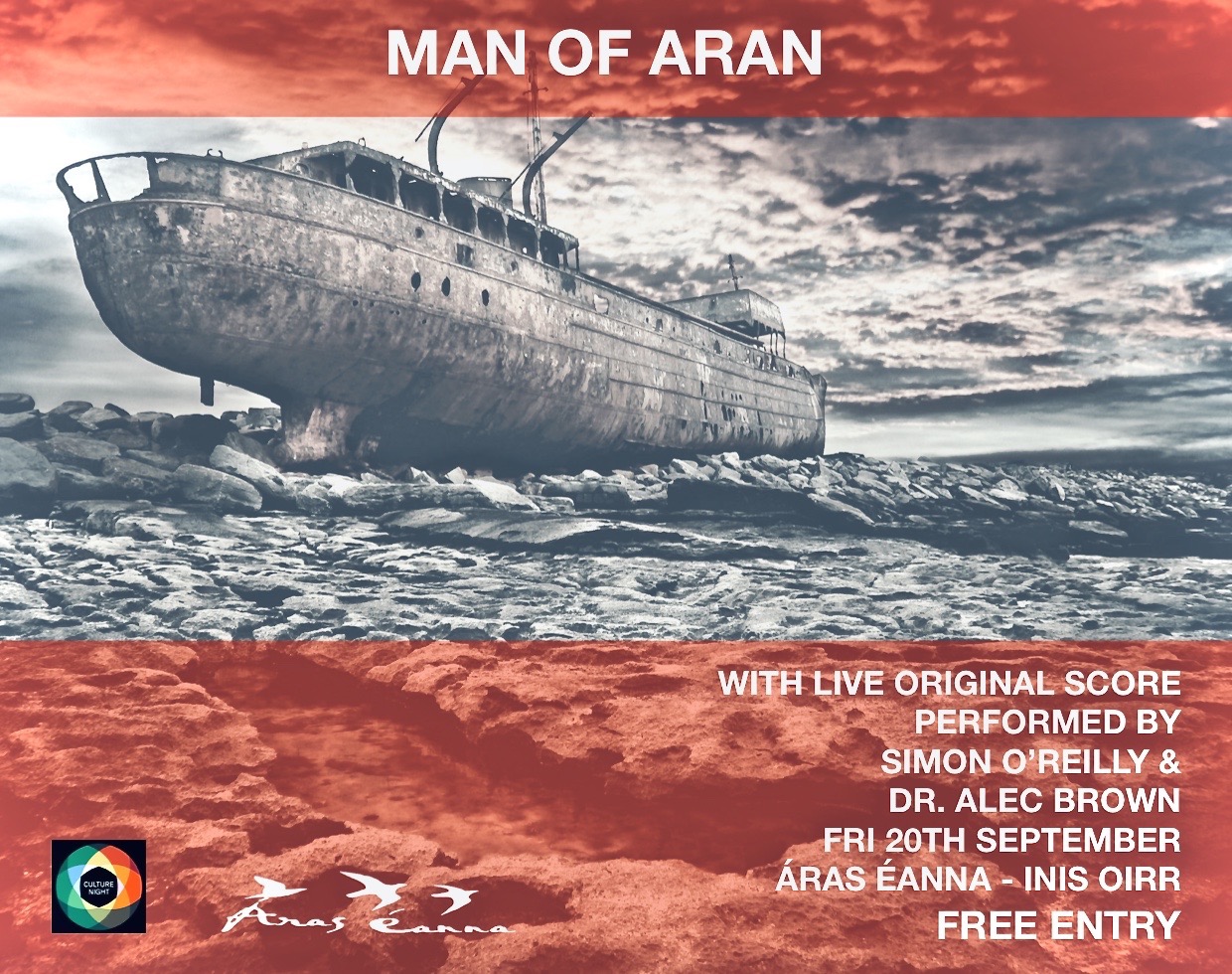 The iconic 1934 film will be screened with a live,original, contemporary score featuring pedal steel guitar, cello, guitars and electronics by Simon O’Reilly and Alec Brown.

Man of Aran​ is a 1934 Irish fictional documentary film directed by Robert J. Flaherty about life on the Aran Islands. It portrays characters living in premodern conditions, documenting their daily routines such as fishing off high cliffs, farming potatoes where there is little soil, and hunting for huge basking sharks to get liver oil for lamps. Some situations are fabricated, such as one scene in which the shark fishermen are almost lost at sea in a sudden gale. Additionally, the family members shown are not actually related, having been chosen from among the islanders for their photogenic qualities.

 Simon O’Reilly ​is a guitarist, composer, producer and the co founder of Music Minds festival. He is based in Lahinch on the west coast of Ireland where he has his studio. He has written music for award winning films and many documentaries including Sundance award winner The Summit.

Dr. Alec Brown ​is a contemporary cellist living in Limerick, Ireland. He recently completed a PhD at the University of Limerick specialising in Irish traditional music on the cello, he is also deeply rooted in many other genres including; classical, folk, bluegrass, jazz, blues, and many more.