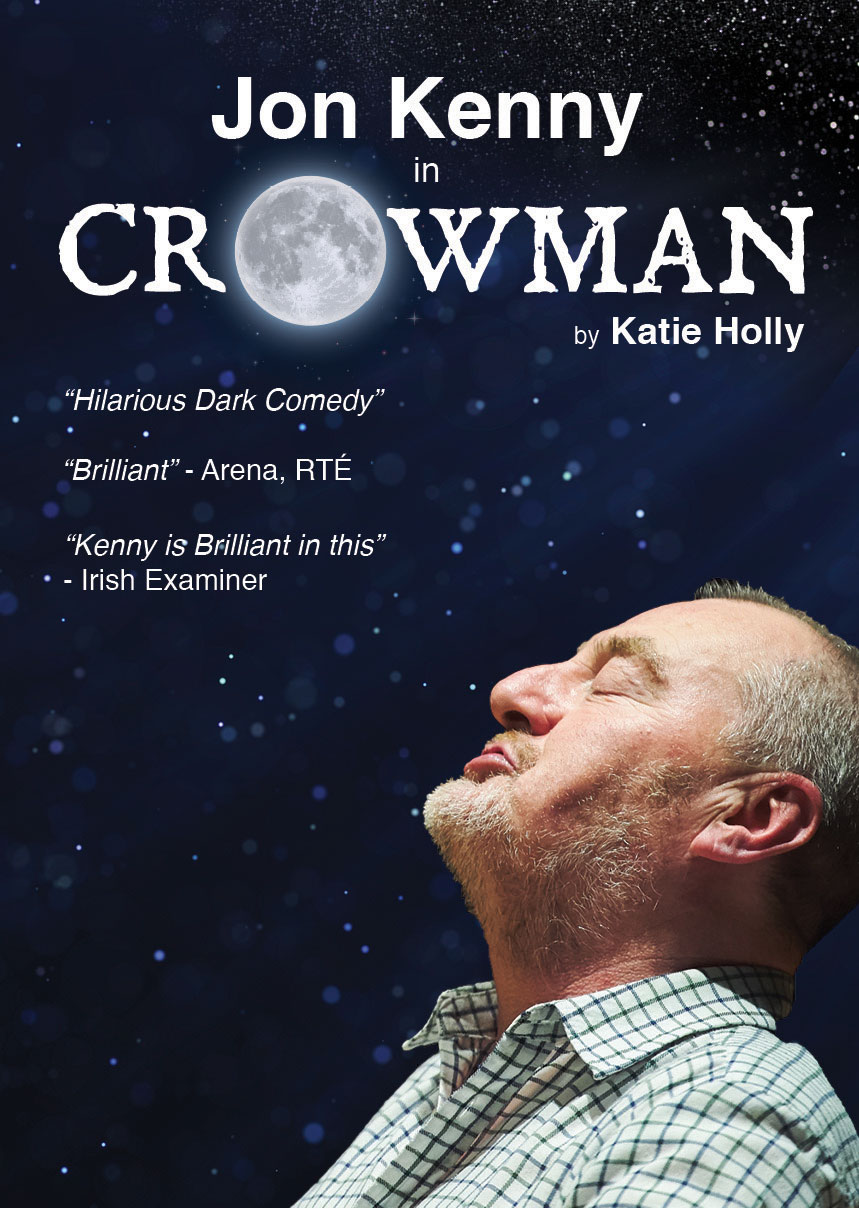 written and directed by Katie Hollie

A dark comedy starring Jon Kenny illustrating one man’s loneliness –and his pathological hatred of crows. Dan is a man on a mission; a mission to scatter, maim or kill every crow that has ever blighted his land and his life. However, he gets distracted easily by flights of the imagination and memories of events from his past and a weekly schedule of funerals and masses that he must attend, imagined conversations with his beloved sheepdog, and a stream of racing commentators, TV chefs and David Attenborough – all so that he can hear a voice that is not his own. “Hilarious Dark Comedy” & “Brilliant” – Arena, RTE “Kenny is Brilliant in this” – Irish Examiner