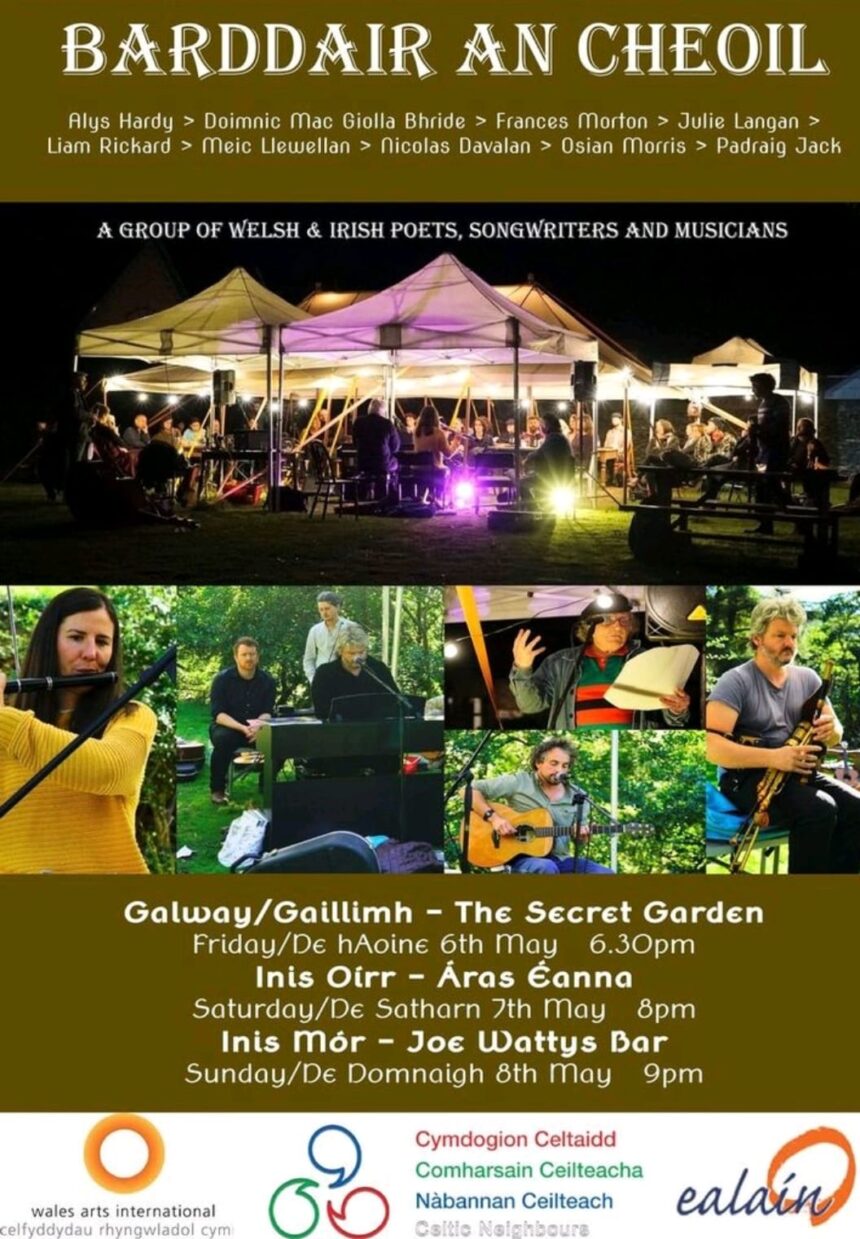 A group of poets and musicians who are dedicated to collaborating, writing, and performing in the Irish and Welsh languages are coming together for what promises to be a special evening at Áras Éanna, Inis Oirr, on Saturday, May 7 (8pm).

All of the performers are from western Wales and the West of Ireland and they are relishing the chance to perform together at the most westerly arts centre in all of Europe.

They are also performing in Galway City and Inis Mór during what promises to be a memorable weekend on the west coast.

The Barddair an Cheoil performers have chosen the themes of the ocean and its estuaries, changes brought about by climate change, and the creatures threatened by these changes for their three night tour of Co Galway.

The Irish and Welsh poets and musicians have developed new material to record together, having toured as Barddair an Cheoil in Wales towards the end of last year. In April of last year, they released their first digital performance to promote and celebrate World Curlew Day.

Among the musicians is “sean nós” singer Doimnic Mac Gille Bhride, from Donegal, who took part in the stunning ‘Echoes of Calling’ production, a collaboration between Áras Éanna, the Galway Dance Project, and Japanese dancers, last year.

Doimnic plays the piano, uillean pipes, and accordion, and has performed widely across Europe, Canada, the USA, and Japan.

Osian Morris, Meic Llewellyn, and Alys Hardy represent the Welsh tradition of song-writing and story-telling in this exciting partnership between two Celtic countries, while Nicolas Davalan (double bass, pipes) is a native of Brittainy who now lives in Wales.

The Aran Islands are represented by Padraig Jack, who writes and sings songs in Irish and English. Padraig, the son of bilingual songwriter Barry Ronan, has released two albums and plays both the guitar and the piano.

Admission is €10 on the door on the night. 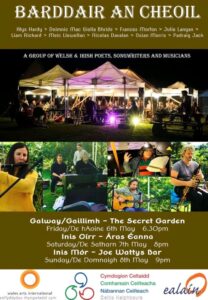