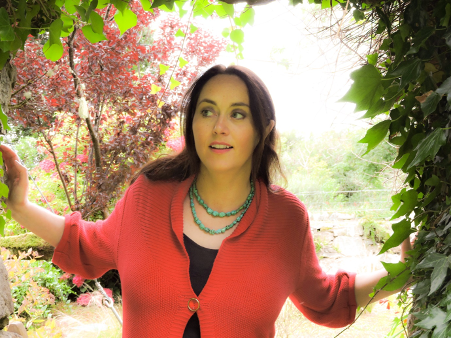 Lasairfhíona (pronounced Lah-sah-reena) is a singer/songwriter from Inis Oírr, the Aran Islands in the West of Ireland.  Her debut album An Raicín Álainn (pronounced An Rackeen Ah-lyn) generated a very favourable response in Ireland and abroad. It was selected by Hot Press music magazine as one of the best folk albums of 2002. Her second solo album appropriately called Flame of Wine, a literal translation of her name, was also very well received. Tracks from the album were used on the award-winning BBC programme Coast and featured on the soundtrack of the animated adaptation of Flann O’Brien’s novel An Béal Bocht.  It’s been said of Lasairfhíona that she has the rare ability to sing songs from her ancient Gaelic tradition while at the same time being equally at home with contemporary singing.  Her latest album One Penny Portion was described by Roots music magazine as ‘‘a vibrant and subtle return of a major song stylist.’’