There was great excitement in Inis Oirr this week when the biggest parcel in history arrived to the island.

Santa Claus was unable to visit the Halla Mor in person this year because of social distancing, but he met up with the children of the island beside a new chimney which nobody had seen before.

Our postman Máirtín announced that the biggest parcel in history had landed on the island.

Inside was a letter from Santa Claus and … a Magic Chimney!

He knew that every boy and girl on Inis Oirr had been good this year.

And he gave a special present to every child on the island ahead of the Christmas celebrations!

Merry Christmas from everyone at Aras Eanna. 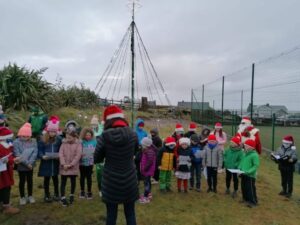 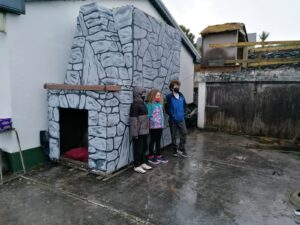